What is preventing diversity on editorial boards?

For an editorial board to be effective, it must be as diverse as the research community it represents. However, in reality we are faced with boards that are still lacking representation of gender, geography and race.

In this article, we hear from Rania Sawalhi, Senior Academic Support Specialist and Lecturer in Honors Program at Qatar University, Gonzalo Díaz Meneses, Professor of Marketing, University of Las Palmas de Gran Canaria, and Sombo Muzata, a recent graduate of Virginia Commonwealth University, on their thoughts of what is preventing diversity and what more can be done.

I think there’s a lot of work needed to ensure diversity. Editorial boards need to attract early career researchers, different voices from different countries. I noticed that many boards select members from different countries, but they might have graduated from Western countries due to their limited networks. And then even when these researchers join editorial boards, they might be afraid of sharing their opinions or suggestions.

There are many barriers to diversity: language, lack of skills and knowledge, lack of information about the selection process and the mechanism. I believe that one way this could be solved is by creating a database of researchers from different countries and allowing researchers to publish in dual/several languages.

I believe in diversity policies because it’s a matter of being democratic, compassionate, and it’s humanistic, isn’t it? However, there are many kinds of diversities and every so often we only bring into focus gender and poverty. For example, what about disability and talent? What about scientific minorities? For example, social marketers, public marketers, etc. and any other outlier.

Undoubtedly, there are many kinds of poverties and one of them is the lack of sensibility. In this vein, let me be politically incorrect please, but if we are brutally honest, as far as diversity is concerned, meritocracy is challenged, and without meritocracy we can’t make any progress either. What I see is that everybody matters and there are many kinds of minorities to consider.

Editorial boards should consider a broader range of diversities and go beyond gender and poverty. Please be more maverick, democratic, compassionate, and humanistic but don’t work against talent.

In my view, editorial boards should consider a broader range of diversities and go beyond gender and poverty. Please be more maverick, democratic, compassionate, and humanistic but don’t work against talent. Otherwise, not only would meritocracy be challenged but the sustainability of any diversity policy would be also put at risk.

Going by Gandhi, “If we could change ourselves, the tendencies in the world would also change”. Another wise person must have said, “do to others as you would like to be done by”. The absence of this mindset is the key barrier. To make sustainable progress, we also need to be politically both correct and incorrect. With diversity policies, we gain legitimacy but neither efficacy nor efficiency necessarily. Education, social marketing and talented management can provide useful tools and fruitful approaches. Possibly, there must be different barriers depending on the journal discipline. For example, it stands to reason that there must be fewer editorial members from underdeveloped countries. The barrier here is nationality explicitly and, for example, gender, income and disability tacitly.

I claim that diversity problems should be tackled ethically and technically, mind and heart together.

I want to believe that the biggest barrier is the coloniality of knowledge coupled with a dosage of misogyny (and a teaspoon of homophobia). When people think about who has knowledge about various subjects, they aren’t likely to think it’s a Black person for example. I can share my own experience here that often, when I say that I am a qualified accountant and had an excellent career as an accountant before becoming country director for an international non-profit, I often get a second stare. At first, I used to wonder why it seemed like I needed to explain my credentials or even offer evidence in some cases for people to believe me. So, I think the fact that certain knowledge is assumed to only be possessed by certain kinds of people is the first barrier. Then there is an assumption that language is knowledge so those that don’t speak the language that we speak or are familiar may be seen or treated with suspicion and their abilities to execute certain tasks questioned.  How do we tackle that? We need to decolonise knowledge. Diverse groups of people can be knowledgeable and very competent in various subject matters.

This is a two-way street. Minority individuals should aspire for these positions, be ready to apply and take training to do this work, and then be available, show up, and perform.

Then there is the issue of minority groups being granted access to opportunities below certain levels because again it’s assumed that they can’t carry out certain functions well. There is the distraction from being assigned or availed other tasks other than editorial board positions. Social networks also play a role in the lack of diversity. Individuals closely connected to networks of individuals in certain positions like editorial boards are likely to find out information about opportunities that may become available and prepare as well as position themselves in advance. That may not be the case for those who lack such networks. Then I think the lack of mentors could also explain this and I think this can be closely tied to the explanation of social networks.

A part of me wants to advance that there is a lack of affirmative action to require a certain percentage of editorial board positions to underrepresented groups. We need to understand that affirmative action doesn’t mean a free for all kind of situation, it just means being deliberate and honest about the problem at hand and finding a solution for it.

Thinking about the past few years, I don’t think I’ve seen any notable improvement. It also appears to me that this isn’t something that many people want to talk about, perhaps there is retaliation or fear of it? However, it’s easy to see a segmentation whereby the underrepresented groups run their own journals because I can imagine they are tired of being left on the side lines in the editorial boards’ appointments. More like if you can’t beat them, start your own game.

I think there are many ways that diversity on editorial boards can be achieved. I talked about the decolonisation of knowledge and affirmative action already. Creating a pool of minority groups talent that can be groomed/ trained to do editorial board work is another solution. Encouraging minority candidates to apply to these positions and not overly getting them committed to tasks that would distract them. I must also add that this is a two-way street. Minority individuals should aspire for these positions, be ready to apply and take training to do this work, and then be available, show up, and perform.

The next article in the series will look at how citation metrics are marginalising knowledge from developing countries. 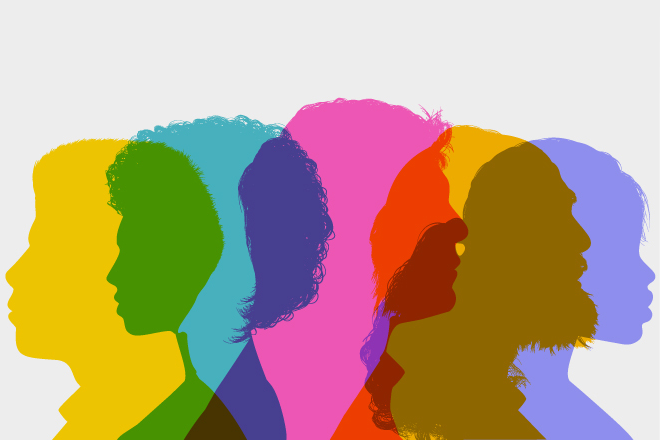 Social sciences research can play a huge role in tackling the global socio-economic disparities that have widened because of COVID-19. But to have maximum impact, the research environment must overcome disparities of its own.

In this series, experts discuss the issues around research disparities and how the sector can evolve to enable global, diverse and underrepresented voices to be heard. Join the conversation by sharing your experiences and opinions on how we can create change.

We are passionate about working with researchers globally to deliver a fairer, more inclusive society. This perhaps has never been more important than in today’s divided world...