Leaving no one behind: closing the technology gap in Africa 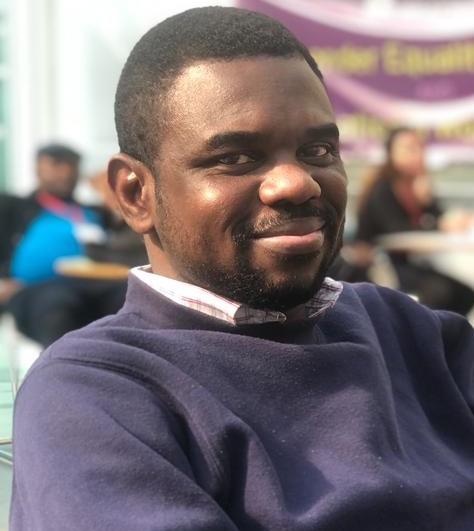 Many times over, it has been proven that technology is a key potential factor for economic and social development, and its rapid spread across the globe is fuelled by internet accessibility.

The internet (which is a connection of computers and networks) makes dissemination of information very fast across borders to the hundreds of millions of people who can access it worldwide.

The internet has positively impacted the quality of life and socio-economic development in many nations. Industrialization and business processes woven around the internet have seen tremendous evolution. In recent times, there has been unprecedented rapid dissemination of news and information at the click of the button from quick messaging apps, social media platforms and online real time content streaming on numerous devices.

Financial inclusion and cross border businesses, online shopping (e-commerce) and remote jobs, have broken barriers in doing business beyond confined regions and territories. Payment gateway technologies have made for easy movement of money across the globe. Real time map apps have made navigating unknown and unfamiliar terrains possible. Smart cities are springing up as a result of the ability to plan, predict and forecast with internet enabled applications.

The effect of socio-economic development from internet access varies across different climes and geographic locations with Africa not yet enjoying full potential of the ground-breaking technology. According to statistics from International Telecommunication Union (ITU) (a United Nations specialised agency for information and communication technologies), only 7.6% of the second-largest continent in size and population could access the internet in 2009. This figure, which has risen to 33% in 2021 is still far less than half of the penetration in Europe or America. Statistics reveal 5 of every 6 American use internet driven services daily.

A digital divide, which is either economic (lack of internet access as a result of it being too expensive) or geographic (lack of access resulting from inadequate internet distribution within the region) has been created between Africa and the rest of the world (Laszlo et al 2014). For the United Nations to be able to achieve the goal of building resilient infrastructure, promoting inclusive and sustainable industrialisation and fostering innovation for all by 2030, digitalising Africa (and other underdeveloped climes of the world) is a key consideration that cannot be ignored.

The World Bank’s classification system which separates global economies into four groups (High, Upper-middle, Lower-middle, and Low income countries) puts the majority of African countries as low income. Even though there have been considerable and significant efforts by various notable establishments and organisations in providing funds to build infrastructures, collaboration with giant technology companies and providing cross boarder regulatory reforms, a huge hurdle yet lies ahead. Efforts must be continuously scaled up until the goal of linking all the countries within the African continent to the internet is accomplished because connectivity is crucial for continuous social development. 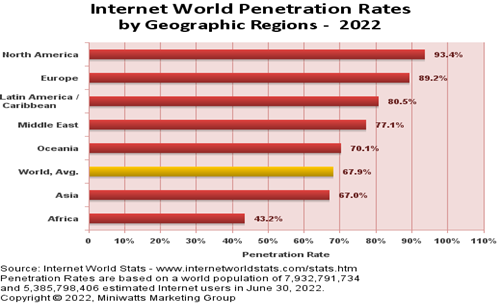 The "usage gap" above gives a representation of the socio-economic divide in our societies.

A few factors limiting connectivity in Africa include:

Telecom operators should seek more efficient ways to attain commercially sustainable networks, driving down deployment costs through further technical innovation like low-cost base stations. Efforts by concerned public and private agencies must be intensified until the whole globe is connected.

Olufemi Omitoyin took part in the 2022 Brad-ATTAIN Research Summer School. We are proud partners in this project, led by The University of Bradford, which aims to develop positive action pathways to support progression to post-graduate study for Black, Asian and minority ethnic students to build a vibrant, inclusive community of leaders and influencers.