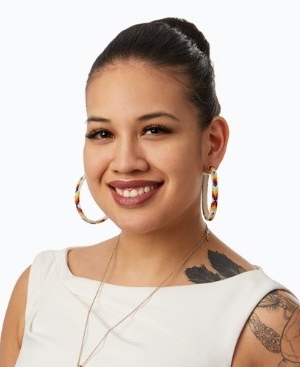 A history of unethical and harmful research has created barriers between researchers and many Indigenous communities. Academia is exploring ways to rebuild trust and is making progress, but Indigenous researcher Ashley Richard has identified one area where more attention is needed.

Many Indigenous communities have a deep mistrust of research due to decades of exploitation. Academia has made strides in building transparent and genuine relationships by adopting co-creation and participatory research approaches, but work is ongoing.

Ashley believes that the best way to advance the field of Indigenous research is to have more academic role models from Indigenous communities. "The challenge is getting more young Indigenous peoples involved in research and ensuring they have the right support to succeed," she explains. "They need to feel that their culture and values are valued in the institution and that they're not going against their own core values in order to get a master's degree or a PhD. And that's about having the right indigenous faculty in place to support these young people."

In Ashley's view, the most genuine way to promote inclusivity is through building relationships and working on shared projects where there are tangible outcomes that benefit Indigenous communities. "It's about coming to the table without an overly set agenda and without an end goal in mind," she says. "The relationship that you build with somebody will determine the path that you both end up taking and the outcome you create might be something you had never even initially thought of."

To amplify Indigenous voices further, Ashley has recently joined Emerald's Indigenous Peoples Advisory Board. She hopes the opportunity will give her a platform to share insights and experiences, as well as learn from others working in Indigenous research. "I'm a young Indigenous person, who's just getting a career started out in research, so that's the perspective I can bring," she says. "I'm also very connected to the Indigenous community here in the prairies, in Canada, where I grew up with my grandmother. On the other end, I'm really interested in international Indigenous connections."