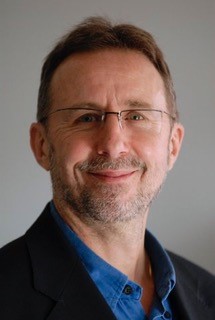 Mick Marchington, emeritus Professor of Human Resource Management at Alliance Manchester Business School (AMBS), University of Manchester, died suddenly on February 24th, aged 71, while doing something he loved - walking the Derbyshire hills. He was born in the Derbyshire hills and returned to live there in the 1990s with his wife Lorrie and two children Lucy and Jack, who all survive him along with his two grandchildren, Noah and Sophie.

Mick’s academic career was very much forged in Manchester. Following a first class degree in Chemical Engineering at UMIST he opted for a Masters in Management Science, also in UMIST. After a spell as a researcher at Aston and eight years at the University of Central Lancashire, he returned to UMIST in 1986 where he was promoted to professor in 1995. He remained in Manchester until his retirement in 2011. Mick was an active and committed teacher and scholar, building research teams and the FairWork Research Centre, which is now merged into the Work and Equalities Institute (WEI). At retirement he took a part-time professorship at the University of Strathclyde but remained living  in the  North West and very much connected to the  research group at AMBS and WEI that he had been so  committed to developing during his 25 years at Manchester.

Mick was a significant contributor to the establishment HRM as a central teaching and research subject in business schools. His interest in developing the subject is evident in his two stints as journal editor, first as Editor of the Employee Relations (1988-1991), second as Editor-in-chief of HRMJ (from 2005-10). His approach to HRM was firmly in the  more pluralist school of HRM that rooted  the  subject in a strong critical and social science tradition and considered it very much a complement to and not a substitute for the study of employee or industrial relations. Mick’s positon as friendly critic to dominant  trends in HRM is  evident not only in, for  example,  his  effective  demolition of best practice HRM  in the International Journal of Human Resource Management in  2000   but also in his  2015 conceptual piece in HRM Review  where he warns that  HRM could end up  withering away unless  it stopped being overly concerned with pleasing top management by  narrowing its focus to talent and leadership management and short term performance  issues, to the neglect of other stakeholders and the organisation’s wider social responsibilities. Towards the end of Mick’s career, he researched and published on the need to locate HRM within a stronger understanding of the changing contextual forces. Drawing on data he collected in the UK, Ireland, Australia and New Zealand, he pointed to both opportunities and constraints emerging from softer forms of regulation by voluntary agencies and consultancies. Mick’s critiques of aspects of HRM were motivated by his passion for and contribution to the study of employee voice and engagement. Evident throughout Mick’s work is a deep caring and pluralist ontology connecting multiple networks and alliances in pursuit of a fairer voice agenda. His approach was also notable for recognising that   those employed in supply chains or under complex contractual arrangements are even more at risk of being deprived of fair access to voice and decent working conditions.

Mick was widely regarded as the UK’s leading expert on issues of employee voice, the author of choice for all handbook reviews of the subject area as well as a co-editor of a Oxford Handbook of Participation. His most renowned contributions stem from a large-scale project for the Employment Department in 1989-91.  He became particularly well known for his development of the ‘waves concept’ of employee involvement and participation.  In contrast to the then dominant cycles of control thesis, where opportunities for voice were argued to rise and fall with the extent to which management felt under threat, the waves approach helped to explain the multiple schemes developing at the firm-level through the 1980s-1990s,  at a time when labour was in retreat in terms of union density and collective power. He showed that the ‘form and depth’ of voice varied across contexts and time, combining individualistic initiatives running alongside (not necessarily in opposition to) collective structure of participation, but often wrapped around a new right-wing political discourse that reinforced managerial power, and not always for the better. His research tradition fostered the development of systematic case study evidence that charted a shift to newer configurations of both direct and indirect forms of social dialogue and managerial influence.

Mick’s second major  research contribution stems from his leadership of an innovative project under the ESRC’s future of work programme,  to widen the  HRM lens beyond the  typical  single organisation with strong borders,  to the  more fuzzy and complex networks of relationships in which organisations are embedded  and which affect both the management of and the experience of employment. Together with a large team of Manchester colleagues, Mick authored an influential book on Fragmenting Work, a topic arguably of increasing relevance in today’s employment landscape fractured by the growth of outsourcing, offshoring, agency contractors and the growing gig economy.

Collaboration was always a key characteristic of Mick’s approach to research. The opportunities it provided to develop his more junior colleagues and his doctoral students for Mick were as important as the research itself. Mick was a dedicated and extremely effective teacher and mentor. He was able to pass on his own infectious passion and enthusiasm to his colleagues and students while also demanding of everyone a commitment to meet expected standards of excellence and timekeeping.  His passion for pedagogy saw him taking on two major leadership roles, first at UMIST where as a young professor he became the Dean of Management Studies, responsible for academic quality and delivery of all management teaching in UMIST. The second leadership role was  outside the university at the Chartered Institute for Personnel and Development (CIPD), where his outstanding contributions as  both Chief Examiner (1994-2002) and Chief Moderator for Standards (2002-2006) led to him being made a Chartered Companion of the CIPD in 2003. Mick strived for over thirty years to establish and maintain standards of excellence in the HR profession, taking on major tasks of both curriculum development and monitoring of standards. He was also the main author of a key textbook on HRM at Work, now in its seventh edition that has been used as a basis for CIPD education since 1996. At the time of Mick’s sad passing, he was still working with and advising the CIPD on its new educational map and standards.

Just as Mick held a broad range of posts in his academic career, so he had a broad range of interests in his private life, many of which he actively shared with his partner Lorrie and his children. He had three lifelong passions: first sport, particularly football which he played until he was over 50. Being a Derbyshire lad, he supported Derby County Football Club; then when his children both became Manchester City supporters - so did he. Nothing ever replaced playing football - but in his later life golf played a frustrating part. Travel also loomed large.  From heading out on the hippie trail overland to India in the early 70s, Mick together with Lorrie was a frequent traveller and explorer, often combining adventures with academic placements and posts. These expeditions also often involved his third passion walking, pursued not only in his much loved Derbyshire hills, but also right across the world - from New Zealand, to Peru, with many places in between.

Mick had a huge number of personal friends – from both work and from his active personal life. He was a loyal, entertaining, and humble man who will be much missed.