Research has detailed the many benefits of inclusive workplaces, ranging from increases in job satisfaction and staff retention to greater productivity, innovation and brand reputation.

McKinsey & Company’s 2018 report, Delivering through Diversity, emphasises that a diverse and inclusive workforce is more competitive, and corporations are increasingly recognising it as an opportunity for growth and value creation.

The report shows that organisations scoring high in gender diversity at the executive level were 21% more likely to experience above-average profitability compared to those with lower scores. Companies scoring above average for ethnic/cultural diversity benefited further and were 33% more likely to outperform their peers.

It's a similar story in academia, where diversity and inclusivity are prioritised, research thrives – they are more likely to attract talent, funding and increase their societal impact. Research published in Nature, for example, found that scientific papers from more ethnically mixed groups of authors were more likely to appear in higher-impact journals and gained 5–10% more citations.

Question: we asked the global audience of academias 'thinking about the workplace, what do you think are the biggest barriers to having a fair and inclusive workforce for everyone' 60% said recruitment bias, compared to just 18% of respondents from wider UK wider public and 16% of the US public..

Following the top answer of biases in recruitment/promotions was ‘manager/ leadership attitudes’ (57%) and ‘too much pressure on career progression’ (46%). On a couple of these factors there was some variation between male and female responses, specifically, more females (61%) than males (55%) thought ‘manager/leadership attitudes’ was an issue, while ‘lack of mentoring’ was more of a concern for males (44%) than for females (38%).

Another note of interest is that these three issues appear to be more widespread in academia than in other industries. When the UK public was asked the same questions, only 18% chose ‘bias in recruitment/promotions’ and ‘manager/leadership attitudes’, and even fewer (10%) selected ‘too much pressure on career progression’.

It is unsurprising that academics cited these three barriers to inclusivity as they are topical within the industry. The sector has been grappling for some time with unconscious bias in recruitment and promotions, particularly at the senior levels of academia.

There is a greater proportion of men compared to women in high level positions, while BAME representation is also low within the elite level of the higher education sector.

As mentioned, in our survey, the majority of academics agreed that the higher education sector must take action to become a more inclusive environment, but there was also a show of optimism – with 61% noting that their workplaces had implemented initiatives to promote greater inclusivity.

The highest scorers were North America and Latin America, with around 71% stating that their workplace had acted, followed by 70% of north and western Europe. In the UK, 64% of academics said that their organisation had made changes

Against this backdrop, our research revealed that those working in higher education would like to see a change in academic culture. The majority believe that a more inclusive environment would be beneficial to creativity and learning, however, they are less confident that it holds the same value for academia.

In our survey, 86% of academics ranked inclusivity important to them personally, and strongly agreed that it promotes different ways of thinking (92%), a more open learning culture (90%) and a positive effect on creativity (90%). However, they do not feel inclusivity is as important to their ‘Institution’ (68%) or ‘academia in general’ (64%).

Beyond the perceived value that academia places on inclusivity, our data further reveals that academic culture could actually be stifling diversity and preventing inclusivity. Academics highlighted three main barriers to a fair and inclusive society.

Question: On a scale of 1 to 10, in your opinion how important is inclusivity to...: This question asked a number of areas with a rating scale of 1 – Not at all important to 10 – Very important. The table and graphic show the %s scored as 8, 9 or 10.

What needs to change

Academics held strong views on the lack of fairness within recruitment/promotions and equality in general. A female researcher in New Zealand called for change within the sector:

'Address equity and equality, rather than lip service. Adhere to its policy documents. Less than 6% of professors are women. None are women of colour. We are managed by incompetent men who have been promoted through a masochistic club and promotion system.  We are not equal.'

Another demand for unbiased recruitment came from a male academic based in India:

'Hiring and promotions should be fair and based on objective measures. Often these are done on the basis of whims and wishes of the Head of the Department and those higher up in the administration.'

Comments from a female faculty member in the US largely referred to racial discrimination within the higher education sector:

'Doing anything would be a start – committing to hiring more faculty and staff of colour would be a good first move.'

'I think my workplace could institute hiring practices that prioritise including diverse faculty. For example, recruiting teams could meet with diversity coordinators to explore options for recruiting faculty of colour.'

'We currently have a freeze on hiring foreign faculty. And even before that freeze was implemented, faculty of colour were not generally considered for open positions.'

One female academic in the USA pointed out that changes in the sector were needed at a much deeper and holistic level:

'I am a huge supporter of more inclusive spaces in academia, but I believe that there are some huge barriers that require rewriting the norms of academia. People need to change what is considered research, they need to suspend their beliefs about there being one ‘standard’ form of language and academic writing, there needs to be specific efforts to promote the work of marginalised communities from their voices more, and there needs to be more resources and support given just to marginalised communities to make equity a goal (rather than simply equality).'

A male faculty member in Spain highlighted the need for a shift in the way academics are recognised for their contributions to the sector:

'A better use of incentives in the academic world would help greatly. For example, in my job, promotion comes only as a consequence of publishing in prestigious academic journals. However, most of the importance of our jobs is in teaching, having near to zero recognition.' 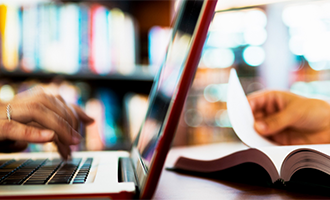 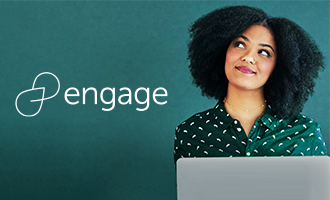 Connect with our global community of librarians, where you can network, learn, and share your experiences and challenges. 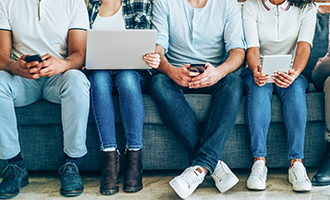