Traditional communities from Brazil: the guardians of the forest 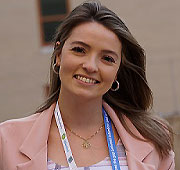 Traditional communities from the Amazon Region in Brazil call themselves the guardians of the forest.

This statement is echoed in a recent UN report (2021)[1]which described traditional communities as the best guardians of the forests of Latin America and the Caribbean. Indeed, although this region has faced increasing rates of deforestation, these rates are lower in traditional territories.

This report also highlighted that more than one billion people depend directly on the forest to obtain food, energy, and medicine. In this regard, traditional communities have helped the preservation, maintenance, and sustainability of the Amazonian Region.

According to the Brazilian Environment Ministry[3], "traditional peoples are culturally differentiated groups that recognize themselves as such, that have their forms of social organization, that occupy and use territories and natural resources as a condition for their cultural, social, religious, ancestral, and economic reproduction, using traditional knowledge, innovations, and practices generated and transmitted by tradition". The Eco Brazil Institute[4] estimates that 4,5 million traditional communities occupy 25% of the Brazilian national territory.

They live a collective way of life based on natural resources for survival, following their traditions, ancestral heritage, and beliefs. Generally, they live away from large centers, located in remote and vulnerable territories with poor access to infrastructures such as electricity, sewage system, or garbage collection. They are fishermen, small producers, relaying mainly on forest products such as rubber, nuts, açai berry (the black gold), natural oils, and fish as their main economy.

Such communities have helped the preservation and maintenance of biodiversity for thousands of years and constitute a vital source of knowledge to identify the use of genetic resources such as plants, animals, and microorganisms, so crucial to ensure biodiversity, food security and protect livelihood (Grupo de Trabalho Amazônico, 2016; Brazilian Federal Government, Ministry of Agriculture, Livestock and Supply)[5a][5b].

Traditional knowledge is not only a vital element for guaranteeing natural resources' management, but it also safeguards the transmission from one generation to another of the struggle for survival and the acquired skills to adapt to local, cultural, and environmental needs. Hence, traditional communities utilize the traditional knowledge to exploit natural resources without depleting them or destroying the natural habitat.

Their territory plays an important role especially in tackling climate crisis, or fight against poverty and poor nutrition. As such, the forest represents the main source of income for these communities who depend on it for survival. Thus, traditional communities play a vital role in the protection of the forest and are therefore key players in maintaining its essence. According to a local producer from these traditional communities, "It is possible to produce without destroying, generate income and develop an entire region while contributing to combating climate change. We are proof of that!"

This statement got a more practical meaning when some communities from Amapá State in Brazil decided to join in a social innovation initiative called community protocol. Such initiative is a territorial management tool based on a bottom-up approach and a participative and consultative process to empower local communities and residents. The methodology includes training workshops and meetings to define crucial criteria and tools for territorial management. The community protocol allowed the certification of açai berry plantations belonging to traditional communities. In turn, the certification enabled the responsible and sustainable management of açai berries stocks, maintaining carbon levels, and protecting biodiversity.

Therefore, the conservation and preservation work performed by traditional communities is done with minimal impact to maintain the essence of the forest, conserve biodiversity, and ensure the preservation of the environment. As stated by a local leader: "That's why protecting forests is our vocation". However, this important role has been threatened due to the destruction of the forest and it is therefore urgent to guarantee its safeguards.

To promote a Fairer Society, the involvement of a wide range of stakeholders is required including governments, researchers, NGOs, and social innovators. Moreover, to help traditional people, the formal recognition of their land rights, their traditional way of life and governance mechanisms is needed. Also, it is essential for traditional people to have an active role in climate change research and the development of public policies. The world must acknowledge the role of the traditional communities related to climate change and biodiversity and their mission as stewards of the forest.