The orthodox response to gender-based sicknesses is scientific medical treatment. Although not incorrect, field experiences show that these treatments are often times reactive, and do not prevent a repeat incidence. Social performance practice recommends proactive social risk diagnosis and proactive risk management procedures, rather than reactive impact management.

Such is the case of fistula in women. The etiology for fistula is the abnormal connection between the urinary tract or rectum to the vagina, leading to uncontrollable discharge of urine or faecal matter and gas, as in the case of vesicovaginal fistula (VVF) and rectovaginal fistula (RVF) respectively. While the occurrence of fistula is a core complicated medical issue, research has revealed that even the medical etiology is largely a response to social dysfunctionalities. As such, it would be unproductive to treat the medical side of fistula without addressing the social causative agents and the residual social challenges that remain even after successful medical treatment.

The Stay In School (SIS) campaign is a response to the problem identified in my chapter, Treating Beyond Ailment: Fistula and Gender Vulnerabilities in Remote Tanzania, in Advances in Gender Research 27, Gender and Practice: Insights from the Field. The chapter is the product of a five year longitudinal study which began when I found a woman who had been banished into a forested area in remote Tanzania because she had fistula. I employed a narrative analysis approach to explore the case of four women who had experienced extreme gender-based vulnerabilities and violence, which culminated into fistula and the attendant abandonment by their immediate communities.

The women were thought to be cursed by gods as a result of their presumed promiscuity. In the chapter I advocate for an overhaul of gender roles in the society, emphasising equal rights for male and female children and ultimately among spouses in marriage. I argue that beyond the medical etiology, there is a social dysfunctionality which contributes significantly to the vulnerability of the women and ultimately leads to medical conditions such as fistula. Some of the core social gaps I identify includes, poverty, child marriage, education, patriarchy construct, poor health access, etc.

One of the core recommendations of the chapter is to better focus on girl child education. SIS Campaign addresses this theme in two ways. First, through the use of formal education, girl-children are enlightened to make an informed choice in order to reduce their chances of becoming victims of any gender-based vulnerability. Secondly, is the use of legal school dropout age as a safety net for girl-children till they are physically and mentally able to get married. Beyond the direct influence on the girls, the campaign has adopted a multiple stakeholders’ approach to ensure it connects the relevant actors in the girl child development ecosystem, seeking collaboration to end gender-based vulnerabilities and towards proactively managing gender-based infirmities such as fistula. This approach engages stakeholders such as the state agencies supporting education, health and gender issues; and the traditional leadership system which has religious and social authority over the family and other local institutions as well as parents, the people who have the most important and direct oversight on managing the girl-children.

The SIS campaign, based in Gombe State in North-Eastern zone of Nigeria has been described by state agencies as a watershed response to fistula. The Emir of Gombe (District Head of Jekadafari Community, Aminu Garko) advised that all stakeholders, and especially parents, adopt this beneficial approach to saving their children. Zainab Aminu, a mother of 6, notes that nothing is better able to stop child marriage than this consolidated campaign approach. Two of the girls from Government Junior Secondary school (Mallam Sidi) recounting the experience agreed that, indeed, the campaign would make a difference in their lives.

The SIS Campaigned started on the 11th of September 2019, and it has so far covered two local government areas in Gombe State, reaching a total of 15 primary and 23 secondary schools with over 100 parents and 200 pupils in attendance.

In summary, this campaign is a product of real-world research; working with people to solve a real-life social problem. It is the ideal because social research should solve real life problems and contribute practically to the society from which it emerges, not just a learning to the “intellectual” class, which is often the case in development study. 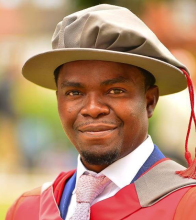 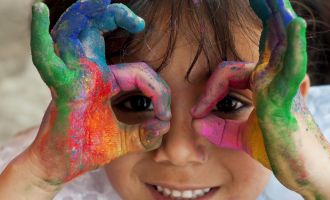 Find other thought-provoking articles around topics relating to inclusivity and diversity, and get free access to research content. 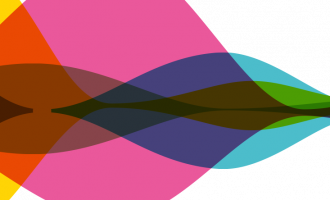 Discover our global report on inclusivity, commissioned as part of our ever-evolving understanding of what inequality feels like and how we may start to tackle it.