Lock Out: Generational inequalities of housing tenure and housing type 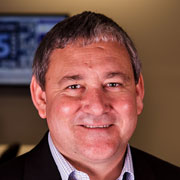 In our research article “Locked Out: Generational inequalities of housing tenure and housing type” published in Property Management, we explored generational differences in property tenure and type with Australia as background. Australia has a rapidly ageing population, in accordance with other western countries, and a growing housing market that promotes owner occupation tenure.

However, Australia is a liberal welfare regime with an entrenched ideology of homeownership. This ideology unfortunately is diluted as the cities in which most of the population lives show a stark contrast between younger generations who are not homeowners and an ageing population holding most of the housing wealth.

The question of tenure and generational change is becoming progressively important in this debate as inequalities in housing tenure is experienced differently over generations. Younger generations in established economies, such as Australia’s, are increasingly becoming renters with a diminishing equal choice to own a house. Millennial homeownership is significantly lower and as a tenure type is on a par with private renting, becoming the primary tenure for Millennials.

In stark contrast and for Australia at large, older generations such as the Silent Generation and Baby Boomers have benefitted greatly from the high proportion of homeownership, supported by continued policy direction over many decades. For Generation X, homeownership is actually increasing as this Generation is starting to age, the perceived greater security of homeownership and accumulated wealth become important factors in their decision-making.

It is apparent that therefore, a significant portion of the house stock can get locked-out of the market as households in the Silent Generation and Baby Boomers (and subsequently Generation X) age in place. This locked-out stock and value of the housing asset (and wealth) imposes major constraints in particular on Millennials, in their locational housing choice.

With the effects of changing demographics and ageing populations seemingly influencing housing tenure and its intergenerational distribution, housing distribution in Australia present a good point in case. Indeed, spatial polarity of housing wealth is being exacerbated on a generational basis and tenure is being spatially patterned given affordability issues aligned with broader theoretical spatial justice concerns.

To move forward from here, an enhanced understanding of how policies favouring ageing in place can contradict other – often misdirected - policies on housing affordability with specific impact on Millennials, is needed, as different generations are respectively unequally locked-out and locked-in to housing wealth.

Drawing on this inequality the debate should focus on developing a more nuanced housing policy to address these intergenerational differences. This may include revisiting wider policy issues concerning taxation and inherited wealth – an uncomfortable, but much-needed conversation.

b Department of Economics and Finance, Massey University, Tennent Drive