Generations in the workplace? Please, don't go there 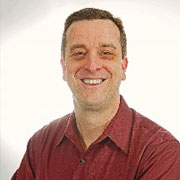 While discussions, debates, and complaints about generations have seemingly been around forever (What is wrong with kids these days?), actual research on generations, characteristics, and differences is only about 25 years old.

In that time, it has become increasingly clear that generational stereotypes, complaints about generational differences, and recommendations on what to do about them are wholly unfounded. Put another way, people keep talking about generations but the research does not back them up. In fact, there is no evidence that distinct generations even exist, let alone that there are differences among them.

Some background. The general idea about generations is that they are birth-cohort groups of individuals who were born during roughly the same time period and who, due to shared experiences, are assumed to have developed similarities in attitudes, beliefs, and behaviors. This conceptualization dates to the 1950’s and 1960’s when several authors started to write about age-based cohorts. Interest in generational differences accelerated following the publication of several books in the 1990s and early 2000s that labelled specific generations and identified supposed historical shared events that created them.

Not long after, academic research started to look for generational differences, their causes, and potential effects on everything from work outcomes to families to social movements. The problem is that none of the research found real, generationally-based differences or even any evidence that distinct generations exist. A review of the research indicated that there is little evidence that generations impact behavior in any meaningful way. In other words, being a certain age at a certain point in time and commonly experiencing events does not create cohorts or lead to differences among them.

Some have argued that generations are better thought of as social constructions, common perceptions that allow people to understand and make comparisons among groups. Even if this view is correct, these labels, characteristics, and even the age ranges themselves are neither agreed upon nor consistent over time and across places. What it means, for example, to be in a particular generation varies widely depending on who you ask, when, and where. Surveys and interviews reveal that people have a difficult time identifying to which generation they themselves belong and which characteristics they supposedly possess. Further, depending on when and where you ask, you might get vastly different answers.

The next question is: so what? Generations, their labels, and supposed characteristics make sense to people and provide an accessible heuristic for decision-making. What is the harm in asking "What’s wrong with kids these days?" The answer is "plenty."

Generational labels and stereotypes are just as problematic and damaging to individuals and organizations as those about race, ethnicity, or sexual orientation. Assuming a 25-year-old has characteristics A, B, and C because they are a member of Generation whatever, and then treating them differently because of it is no different than treating people differently based on their ethnicity, gender, or parental status. Focusing on generations marginalizes individuals by unfairly categorizing and stereotyping them, encourages organizations to waste time and resources tailoring policies, practices, and strategies to them, and could quite possibly lead to legal action based on age discrimination. Lose-lose-lose!

Given the lack of evidence for generations and the manifest problems in using supposed generational differences as a basis for organizational decisions, what is the alternative? One approach, much better suited to understand age-based differences among individuals in the workplace, is the lifespan perspective. This framework conceives aging as a continuous, lifelong process, not one characterized by birth-year cohorts based on unsupported year cut-offs. As opposed to generational frames, the lifespan approach posits that individual paths vary, can change at any age, and that while shared events might be jointly experienced, they can have widely varying impacts on individual development.

One example: while teens and young adults are being greatly impacted by the COVID-19 pandemic, so is everyone else. Further, those impacts are idiosyncratic, with some individuals experiencing substantial mental health challenges while others are enjoying less stress and anxiety due to a healthy job market, higher pay, and new work-from-home policies. To say that the pandemic has created a COVID Generation is both wrong and damaging. We would not presume that all women, all Ethiopians, or all Buddhists were impacted similarly by the pandemic. Why would we say that everyone aged 15-25 was affected the same?

If we want to increase fairness and create a more inclusive society, we need to move past generations and generational thinking. Instead, we must focus on real differences and use more sophisticated approaches for thinking about age and development if we want to help individuals, organizations, and society at large.