Black doctorates matter & the science of healing the academy 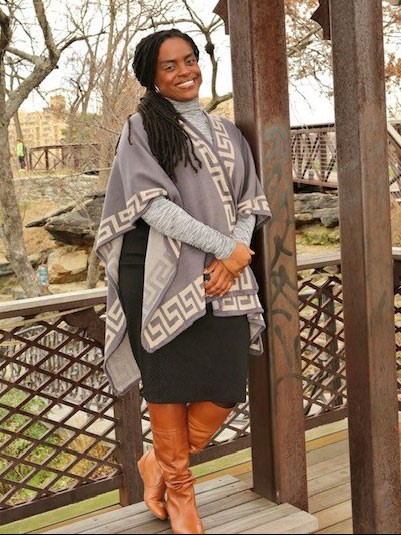 As the atrocities of slavery and injustice victimised Black and Brown bodies in the name of science in academia, the healing of the academy should be ushered through the Black and Brown academic experience.

And in so many ways, this healing has begun, amidst challenges. Hence, the current legislation to ban the study of critical race theory, i.e., the science of healing our nation and marginalised communities through the study of race. Though, with the recent release of Harvard University's report on the injustices of slavery at its institution, those interested in the topic of social justice may have learned that Harvard was not the first institution to formally acknowledge its legacies of racial oppression and exclusion. In this commentary we honour the work of Dr Ruth Simmons, President Emeritus of Brown University, who has been touted as leading the first rigorous study of the slavery and injustice at an Ivy League institution. If nothing else represents the critical importance of why the work of Black Doctorates Matter exists, see the acknowledgement of Dr Simmons’s work is one of the most vital projects in academia in the 21st century, second to her role as the first Black female president of an Ivy League Institution, as representation of paradigmatic shifts in the academy.

The mattering of Black doctors in the healing of the academy has been both undervalued and oversimplified. When considering the representation doctoral degree completion for Black/African Americans in the United States, widely known data is not formally reported until the mid 1970s (National Science Foundation, 2006). And, most studies on the interpretation of this data have not reflected the important rich cultural contributions by Black/African American doctors, scholars, and practitioners. Thus, when contemporary reports on the institutional legacies of slavery within the academy address how the academic system was built in the United States, invariably, the Black experience is examined. Yet, it is critical to consider the role and contributions of Black doctors in shaping the development of colleges and universities in the United States and abroad.

Recommendations in both the Brown University Slavery and Justice Report, 2nd Edition, and the Harvard and the Legacy of Slavery reports highlight several ways to address institutional racism and oppression. While the report does not specifically mention what can be done to support the work of Black doctors, there are activities noted that could be considered critical to their work and presence within colleges and universities and beyond. For example, in the Brown report, there is a focus 'to tell the truth in all its complexity' through the dissemination of this report to academics and non-academics. The review of this report by Black doctors who graduated from Brown University and those who have worked within its academic environment can do much to elucidate complexity regarding their experiences with oppression. Furthermore, there are important nuances related to these experiences that can inform policies and practices within academic disciplines. The Harvard report recommends the institution provides 'ongoing financial support for scholarship and curricula that seek to understand, analyse, and promote solutions to persistent racial inequities that plague descendant communities'. A persistent racial inequity has been the production of Black doctors and the availability of support for our transition into academic and other career pathways that facilitate and sustain success and professional thriving. Opportunities for the academy to actualise the healing process exist in the experiences of Black doctors and the ways our work informs research and practice.

Both the Brown and Harvard reports are monumental in moving discussions forward and bringing much needed attention to the impact of slavery and injustice. As this work continues, we must consider the contributions of Black doctors and expand ideas on the representation of our work beyond the ways it has been marginalised and excluded within the academy.