Humanity faces serious issues of sustainability, and the behaviour of companies is woven deeply into many of the problems (and possible solutions). The issues concern everyone, but the relevant data is scarce and access to the most comprehensive sources is heavily restricted. Furthermore, the determination of what constitutes relevant data on company impacts is itself politically charged, and the vast majority of stakeholders are excluded from even following that discussion.

The thing that attracted me to the WikiRate project was the sheer ambition of it: to improve the social and environmental performance of companies globally, armed only with the wiki-based platform we would build and whoever we could attract to come and help us populate it.

WikiRate’s aims are framed in terms of impact. Improvements to corporate sustainability are the goal and the information resource is a means to that end. Furthermore, the project’s initial funding was provided not to build the database itself, but to build the structure and tools that a community would need to produce that resource. My role has been mostly to assist with figuring out how the platform should work, but that quickly became wrapped up with the question of how to attract people to contribute, and participating as an early contributor myself.

After reviewing a variety of peer production platforms and the landscape for corporate sustainability data, we came up with a design around the following principles:
● WikiRate is an open commons-based peer production community, all roles are open to every community member.
● WikiRate should incorporate a repository of public source documents.
● The core construct is the Metric, a flexible container for asking the same questions of many companies and recording the answers (or their unavailability).
● Each metric answer should cite a source as evidence, and provide information about where the answer was found in or determined from that source.
● Users should be able to build, share and tweak analyses and ratings using the data in these researched metrics – in addition to creating new metrics that ask new questions.

I was particularly interested in knowing whether aspects of our design which aimed to mitigate perceived issues with other platforms would work as intended. For example, WikiRate borrows ideas about using quantitative feedback to sort content from social news websites like reddit, but makes all of these actions transparent.

While a new platform with no established community affords one greater freedom to adopt a more innovative design and iterate more aggressively – answering the question of whether these innovations work is predicated on attracting a certain quantity, and the right quality, of contributors and contributions. Here the project’s ambitious aims caused some issues. It is hard to attract the first few hundred (or thousand) volunteers to start working on a challenge of this magnitude.

As someone who had been studying online communities before joining the WikiRate project, I had been mostly studying successful endeavors. Peer production projects which fail, tend to fail quietly. Intellectually, I was aware of this, but my sense of what the success/failure spectrum looked like was miscalibrated. Community projects which attracted a few hundred users at their peak and then declined into inactivity looked like failures, but they should be counted as modest successes. There are probably many more such projects that you will never see any evidence of unless someone who was involved tells you about it.

Incremental goals which make sense for individual contributors, and which they can derive some intermediate benefit from, have been vital to growing the WikiRate community and resource. In short, the first phase of development became about creating a collaborative research platform that is used to gather information about companies. The key stakeholders to mobilise in this phase have been 1) NGOs that have a need to gather and share data on some aspect of companies’ non-financial performance, 2) members, followers or other volunteers those NGOs can mobilise to contribute to their work, 3) Academics that have some research project in mind and 4) Students who would benefit from direct critical engagement with corporate sustainability reporting as part of their course.

The most active research projects thus far have been about 1) assessing statements produced in response to the UK’s Modern Slavery Act, and 2) assessing company performance as a response to the sustainable development goals. Both projects have seen participation from well over 1,000 students, led by the teaching staff at various Universities.

We are now entering a second phase, which is about tools that facilitate the analysis and interpretation of the data. An open and comprehensive information repository is a necessary foundation, but to be effective the meaning of this information must be extracted and packaged in an accessible way. This phase is about figuring out what questions we should collectively be asking to really understand the environmental and social performance of companies.
It is only once this community knows which questions it needs answers to that it will be ready for the final phase: engaging companies and increasingly broader sets of their stakeholders to participate in a data-oriented dialogue about how they’re performing socially and environmentally.

The WikiRate project team has always been small, so I have been helping out in a variety of ways beyond the research-oriented role that was envisioned initially. Roles like researcher, designer, ambassador, tester and community member involve different tasks, priorities and perspectives, placing conflicting demands on one’s time.

A project’s research output and impact are often not strongly related and can pull one in different directions. With WikiRate, even the research component has distinct layers, and the project has at times needed me to be a student of corporate sustainability much more than a social scientist.

There must always be some tension between research and impact in research projects that strive for impact. In this case the project’s aims are framed in terms of impact, and perhaps as a consequence academic research has tended to be pushed down my list of priorities by things which seem more pressing and directly associated with the project’s prospects for success.

If I had stuck to the kind of research and outputs I was planning at the project’s outset, I would have contributed much less to the project and been a more peripheral figure. I might have more publications, but a less holistic understanding of the project’s strengths and weaknesses, and ultimately the reasons for its success or failure.

For researchers contemplating a project that is designed for impact, it is worth considering in advance the relative importance of its research and impact outcomes, so that one can make reasoned decisions about which to prioritise when conflicts emerge. 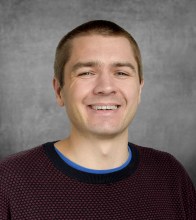