Race: accounting must make up the numbers

Dr Anton Lewis, Associate Professor of Accounting at Valparaiso University in Indiana, is interviewed by Emerald editor Rebecca Torr about the endemic levels of racism in accountancy and why change must happen, not just in language and attitude, but in the very air we breathe.

What led you to the area of racial inequalities in accounting?

When I lived in Britain, I spent many years working as an assistant accountant in various environments. I was often the only Black person in the department, and I wanted to know why. As I delved further into this simple question, I discovered that this issue had deep roots. My aim was to increase Black participation in accounting, while also addressing hidden, and sometimes open, racism. In addition, I wanted the profession to do much more to address racial practice, both in industry and academia.

“There needs to be an open, honest and very uncomfortable conversation about race and racism in accounting. For this to happen, the myth of neutrality must be erased” 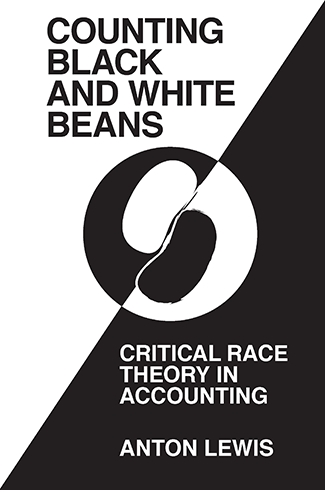 What did the work uncover?

Race and racism are central factors in the profession, stopping many Black people from entering it. Those that get established often find their careers freeze over time and very few reach the top. Black men experience gendered racism, which views them as a masculine threat and tags them with being ‘always angry’ or ‘potentially violent’, while Black women experience the twin burden of gendered racism, limiting their progress and opportunities.

While workplace racism is not always overt anymore, microaggressions are rife. Accounting is institutionally racist because it is ‘in the air’ and, therefore, Black accountants have less chance of finding mentors or being invited to ‘all white spaces’ where deals are made – for example, golf outings or afterwork drinks with clients.

How should the accounting industry address the issues of racial discrimination?

There needs to be an open, honest and very uncomfortable conversation about race and racism in accounting. For this to happen, the myth of neutrality must be erased. Pipelines into schools and universities should also usher in Black accounting talent, but time is important – this will not be a quick fix.

What action should Black professionals take to succeed?

Learn the rules of the game – that accounting is raced and gendered. Network and socialise with the ‘power groups’ that can influence your career and, above all, qualify as an accountant as quickly as possible.

Why is the poison of racism still prominent throughout the professional world?

Racism remains a global malady. If you consider the existence of a racial hierarchy; the lynchpin of the British Empire, then it makes sense that such an ideology of racial difference was exported to many parts of the earth. We can still see this in the increasing use of skin lightening cream in many Black and Brown parts of the world – to be lighter in skin tone is to be ‘valued more’.

What is the greatest threat to a diverse culture in the workplace?

Racial practice is the water in which we swim. Like fish we cannot see it or touch it, but it is everywhere. It is there in the air we breathe. Consequently, it filters into every facet of leadership management in a way that is very difficult to perceive, but very real in the way it is played out. It is in the racial habits we all exhibit without knowing. It is there when the Black or Asian sounding name, such as Yasser or Jamal, does not get called back for interview. ‘James’ just seems a better fit.

As the Black Lives Matter movement gains support, are you hopeful that we have reached a turning point?

We should never lose hope, but we need to be watchful. We have had turning points before, only to see racism transform into something else. Perhaps a true milestone would be when white middle-upper class, straight males no longer hold the power.

It is just as likely, however, that power will crystallise in some other form that benefits Whiteness. For example, a new emergent strand could be algorithmic racism. The idea that programs cannot be racist is the current thinking, but the all-male, predominantly white programmers of Silicon Valley certainly can be. 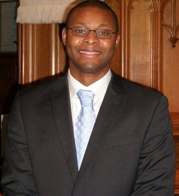 When you get home try a quick google search on images of hands or babies. What do you see? Many more white than Black. Remember, this is grossly out of disproportion to the actual number of Black and Brown people who make up the human population.

Anton’s new book Counting Black and White Beans: Critical Race Theory in Accounting will be published by Emerald in October.