Progress in science depends on a team

Non-traditional research contributions have long been ignored by national research assessments, but a grassroots movement is calling for change. They want a range of roles and outputs acknowledged in research evaluation and believe research quality is at risk if we fail to act

We often attribute scientific progress to lone geniuses like Max Planck and Albert Einstein, but in reality, science is rarely done in isolation. Research impact is often the result of joint efforts, involving researchers and those with non-traditional research skills and outputs. But while researchers will usually be named in publications, non-traditional contributors won’t get a mention. This means they will also remain invisible to national research assessments.

In the UK, universities are invited to submit a wide range of outputs to the Research Excellence Framework (REF), but research outputs such as journal articles and conference proceedings still account for most submissions. As publications usually only name the researchers involved in the work, the contributions of people such as librarians, research managers and technicians will never be known to the REF.

Simon Hettrick, Deputy Director of the Software Sustainability Institute, and his colleagues are pushing for change through the Hidden REF campaign. They want a shift in the way impact is judged, so that all roles and contributors to research are valued. 'It’s evident to anyone working in research that the way we measure success is not aligned with much of the work that we conduct, says Simon. 'If we don’t recognise all the work that is vital to research, then we harm our ability to conduct research.'

One of the main activities of the Hidden REF is a biennial competition that identifies and highlights the invisible research outputs and roles that are vital to research. It follows a similar model of evaluation to the REF and aims to celebrate research diversity.

The first Hidden REF competition collected 120 submissions from more than 60 universities, and showcased outputs from community building to citizen science to the production of training materials. It also recognised 40 people in ‘Hidden Roles’ who contribute to research but find it difficult to gain recognition for their work. The next Hidden REF competition takes place in 2023.

Organisers of the Hidden REF are now exploring ways to build on the success of the competition. They plan to fully assess the impact of novel research impacts and hidden roles and push for reforms in research assessment. They are talking to policy makers about the Hidden REF’s methodologies and exploring how to best support the new communities they have discovered. The Hidden REF team hopes their efforts will lead to new roles and job families in academia and research in general, as well as greater support to overlooked contributors.

'By working with our supporter organisations and with the research community in general, we hope to help academia design a fairer and more inclusive assessment system that provides recognition for everyone involved in the research process,' says Simon. 'We will advance research if we can create a research environment that celebrates all contributions to research.'

If we don’t recognise all the work that is vital to research, then we harm our ability to conduct research.

Emerald Publishing was an early supporter of the Hidden REF. Chief Executive Tony Roche chaired the communicative outputs panel of the inaugural Hidden REF competition in 2021 and Emerald continues to contribute to work through the Standing Committee.

Six winners of the Hidden REF 2021 speak out about the need for change within research evaluation and what the competition means to their work and research area. 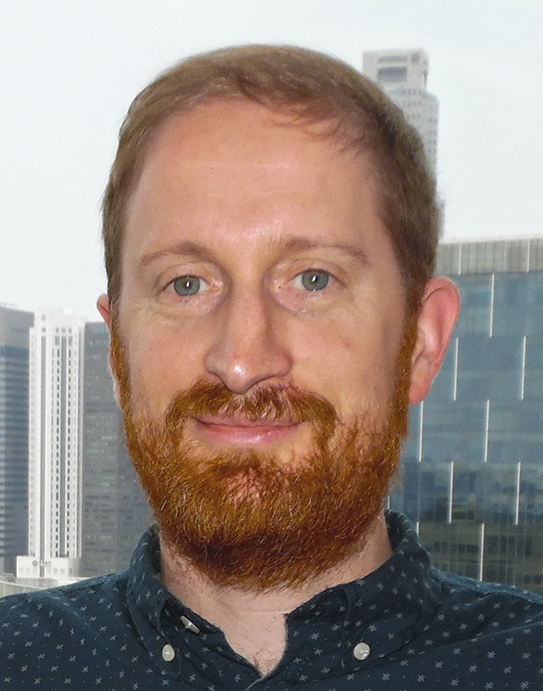 AuthorAID seeks to empower young scholars and scientists with key skills in research writing, proposal writing, and how to navigate challenges in journal publishing such as ethics, peer review and open access models. This grounding allows them to challenge barriers to equitable research access and uptake; and make a real impact in development challenges.

AuthorAID MOOCs provide training in research writing for up to 4,000 learners at a time and rely on unpaid ‘guest facilitators’ to ensure courses meet the needs of these learners. The courses are well received with individual researchers, but AuthorAID needs more recognition to ensure courses remain free and sustainable in the future.

Andy Nobes and his team at AuthorAID are delighted to receive the Hidden REF award and hope it will help them receive the support they need to keep going. 'The project, which also has a community blog, online mentoring system and a free resource library, has been generously supported by Sida for many years, and we have taken steps to develop the project into a sustainable, community-led initiative,' explains Andy. However, we still require additional funding to ensure that AuthorAID’s support continues beyond our current funding cycle. We hope that the Hidden REF award will help us get the recognition we need to turn this around.' 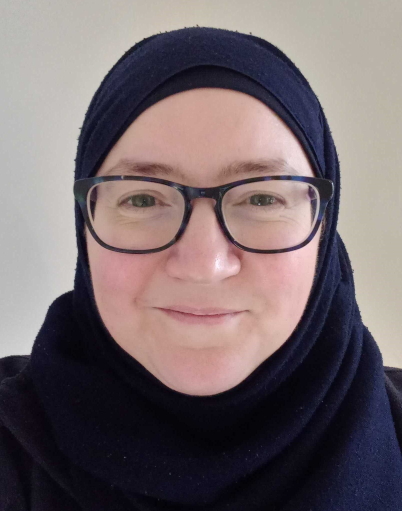 The Turing Way is an open source project that involves and supports its diverse community in making data science reproducible, ethical, collaborative and inclusive for everyone. Emma Karoune, a core team member of The Turing Way, entered the the Turing Way Community because she wanted to raise awareness of how educational resources and training play a crucial role in the movement towards reproducible and inclusive research.

'Much of the work on research projects is hidden and therefore does not get recognised in the traditional way through academic publications and consequently also in the REF, says Emma. 'The Hidden REF is striving to make a more inclusive system of recognition that truly reflects all of the work conducted and produced.'

Emma believes that community managers, data stewards and research application managers play an equal role to the work of standard researchers in making research happen. 'These hidden roles often support higher quality research outcomes by assisting with the deposition of data and other outputs in an accessible and reusable manner,' she explains.

If we want science to change, we must alter our ideas about the merit of research outputs and activities to be inclusive of every aspect of research. 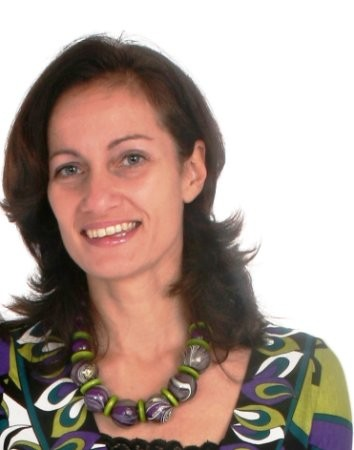 As a research manager and a former scientist, Dr Silvia Giampieri was thrilled to learn of the Hidden REF and its aim to give visibility and recognition for unseen and often transient roles like her own. Its inclusive approach, underscored by a profound shift in research culture towards making research impactful and researchers successful, also caught her attention.

'I have always been mindful of striking the balance between the highly competitive environment and tight success parameters (typically publications and grants which only recognise traditional researchers) that research operates under and the need to foster an inclusive, collaborative, team spirit where all contributions are recognised and valued,' she explains.

On receiving the Hidden REF award, Silvia expressed her gratitude: 'I have been lucky to work with incredibly committed colleagues and, during my time within projects, I had the opportunity to assist a growing cadre of junior researchers going on to achieve prestigious fellowships, tenure or roles within industry. Knowing afterwards my nomination to the Hidden REF came as a direct result of these efforts made the whole experience profoundly rewarding at a personal and professional level.' 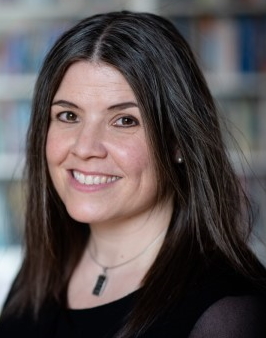 The Extreme Imagination Exhibition presents the artwork of both those who do not experience mental imagery (aphantasia) and those with vivid mental imagery (hyperphantasia). The exhibition came out of the ‘Eye's Mind’ research project, and the online exhibition is the digital counterpart of twin physical exhibitions hosted by Tramway, Glasgow, and the Royal Albert Memorial Museum, Exeter, in 2019. Fiona Macpherson and Joanna Helfer conceived and created the online version.

Fiona was delighted to receive a Hidden REF award for communicative outputs: 'In my experience, a lot of very important public engagement and impact work is carried out that makes a positive impact on people’s lives – but it is not work that gets recognition by the REF,' she says.

Another highlight for Fiona, is the inclusive nature of the Hidden REF and its support of good practice: 'In the Extreme Imagination Online Exhibition we took special care to make the content as accessible as possible. The images on the website are captioned for the use of screen readers and the artist interviews are subtitled. I suspect that this contributed to it winning the Hidden REF award.' 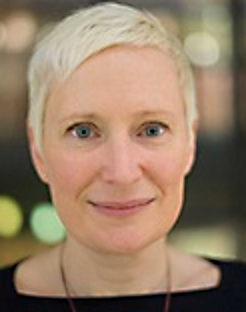 Dr Mia Ridge was nominated for her work in leading crowdsourcing on the British Library’s ‘In the Spotlight’ project, hosted on the LibCrowds platform. Mia’s collaborators were Alex Mendes, a Research Software Engineer in the Digital Scholarship team and Christian Algar, a Curator in the Printed Heritage collections team.

The project is designed to improve the findability of historical playbills by asking online volunteers to transcribe the date and titles of performances on each playbill. People were also asked to transcribe the genre of listed performances in a bid to show the research potential of the collection. 'I'm passionate about the value of crowdsourcing in giving ordinary people an excuse to get up close to collections they'd otherwise need special permission to see in a reading room (because the volumes are so fragile),' says Mia.

In addition to volumes of metadata, the project has created new relationships between thousands of people and the Library. Disappointingly though, this isn’t the kind of activity that's usually recognised academically. Mia explains: 'Library work is often extremely collaborative and multi-disciplinary; it doesn't fit into a world view tied to the traditional REF. The Hidden REF award is a celebration of this collaboration between curators, software engineers and volunteers.' 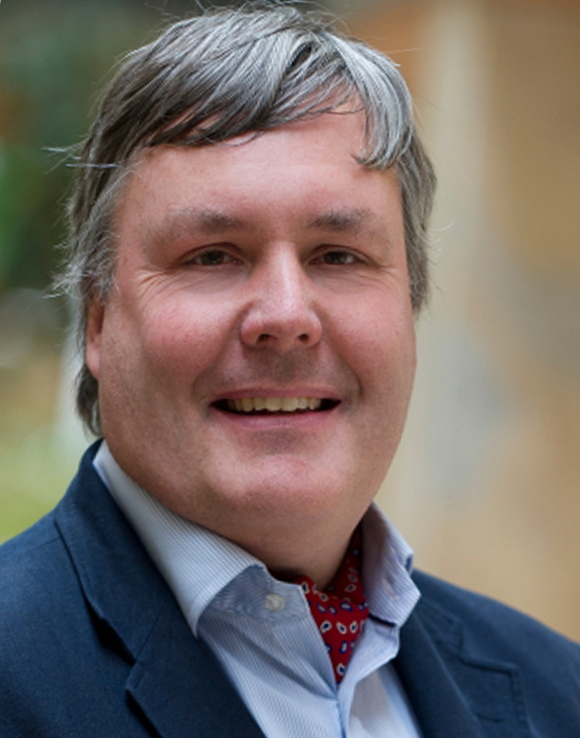 Dr Jamie Davies and his team develop and curate the main pharmacology database for the International Union of Basic and Clinical Pharmacology (IUPHAR), a resource that is extensively used and cited in biomedical research. Yet, despite its role, funding for maintenance and development of the database is difficult to obtain. Database work doesn’t fall under most funders’ definition of research and even when there are funding calls, they are generally for new resources, not for the maintenance of widely used examples.

Jamie hopes the Hidden REF award will increase awareness of the pharmacology database and help attract funding. 'Every bit of external recognition helps in our applications for support,' he says. 'The Hidden REF award promises to be of great help in supporting our argument that our resource really matters. It has also been a great morale boost for a team who have been exceptionally busy during the pandemic.'