Each week we make one Expert Briefing free to access and share on our social media channels.

Be the first to discover the latest featured briefings by following us on Facebook, LinkedIn and Twitter. Access all briefings from the past two months here. 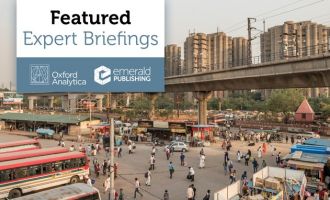 Prospects for India to end-2021

As India’s second wave of COVID-19 infections subsides, the government and businesses are looking with cautious optimism to the immediate future. 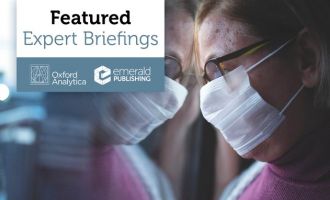 COVID-19 remains a complex disease due to lack of effective treatment, uncertainty around variants, marked differences by country and region on vaccination progress, and diplomatic bottlenecks. 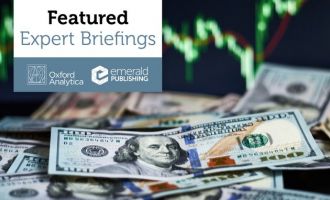 High US government debt does not itself raise risks

The stock of outstanding US federal government debt stands at 133% of GDP, higher than after the Second World War. 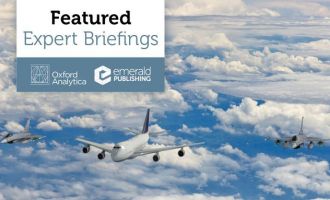 Belarus leader tests EU's will to punish him

As we add the latest month's featured Briefings above, we'll move the previous month's here so you can still access them.

Washington has re-joined the Paris agreement and announced new climate commitments, but still faces a credibility gap. It must demonstrate by November’s COP26 summit, how it can meet its new goals.

India will be selective in accepting aid

India's second wave of COVID-19 infections began in late February. Up to that point, it had registered just over 11 million cases. On April 30, India received the first items of a USD100mn aid package from the United States, designed to help ease its deepening COVID-19 crisis.

US trade deal remains a key priority for UK government

Signing a free trade agreement (FTA) with the United States remains a top priority for the UK government, which wants a reach a deal before the next UK general election.

Regime change in Pyongyang cannot be ruled out

Now in its 76th year, North Korea has the longest-lived of all communist regimes, past and present. Yet events beyond its borders mean that if the regime does not change its direction strains can only increase.

What are Expert Briefings?

Capturing the unbiased analysis of independent business leaders and academics on political, social and economic events, Expert Briefings from Oxford Analytica meticulously examine the implications and impact of global emerging trends and developments.

You can see all our Expert Briefings on Emerald Insight.

Sign up to receive the Expert Briefings monthly pick email

Every month the featured Briefings are updated on this page – be amongst the first to access this selected featured content.

Would you like more information on gaining access to Expert Briefings for your institution?
Fill in the form on our information page, and one of our team will be in touch.