Key to quality mentoring experiences: move away from the one-fits-all model

Mentoring in the workplace is often used as a successful method to promote personal and professional development and help more junior staff progress in their career. However, for this to be successful, consideration must be given to matching the right mentor and mentee, to make sure the mentoring relationship will thrive for both parties.

Emerald’s Publishing Relationship Manager for India, Sangeeta Menon, talks to Dr Payal Kumar – Professor and Chair HR/OB and Associate Dean, International Affairs at BML Munjal University – about her research into mentoring and the importance of matching mentors and mentees for successful mentoring experiences.

Your research investigated mentoring, specifically Negative Mentoring Experiences (NMEs), to understand the nature of NMEs in the Indian context compared to other regions. Why did you decide to undertake this study? Why was it important?

Most of the literature on mentoring has emanated from the global north and very little from developing countries. I have always been fascinated by the pull of the negative, which is said to leave more of an impression on us than the positive. Recent research suggests that negative mentoring experiences of the protégé (mentee) may be more prevalent in the workplace than we had once thought. Although mentoring is usually launched with much fanfare in organizations, and is touted as a best practice, it can have a damaging effect on the protégé if it goes awry.

I was interested to see if the nature of negative mentoring experiences (NMEs) of employees in India was in any way different from their western counterparts. While the Eby, McManus, Simon & Russell (2000) study on NMEs of protégés suggests that the most common negative experiences of the protégé stem from mismatch between the mentor and the protégé in terms of workstyle, personality and values, I wanted to investigate if there was anything beyond that in the Indian context. Indeed, my research shows that a mismatch in caste, religion and regionalism between the mentor and protégé can be a pain point in the mentoring relationship.

What did your research find about Negative Mentoring Experiences in India?

Demographic variables specific to India, such as caste and regionalism, could lead to a disconnect in a mentoring relationship. For example, one protégé said he was from Kerala and his mentor was from Bengal. Culturally and language wise they were so different that it was difficult to bond in the mentoring relationship. Mentoring is based on mutual trust, and only works effectively if there is robust communication. Several protégés I interviewed were pained by the lack of healthy interaction with their mentor, but very few spoke or complained about this as they feared for their jobs. In more toxic relationships some protégés spoke of blatant favouritism, saying that their mentor only promoted those that were the same caste as their own. This obviously leads to great discontent in the team.

What are the problems with applying Western mentoring models to workplaces in India?

India has one of the most ancient mentoring systems which is centuries old, namely the guru-shishya practice, in which children were sent to be guided and mentored by gurus in an ashram, away from their homes. In contemporary times Western mentoring models in the workplace have been adopted by many Indian firms, but these may not always work as we are culturally different, and thus these may have to be modified slightly in India. My research clearly shows that mentoring is not a one-fits-all model. We are a high-power distance country where there is great respect for hierarchy. Mentors in India tend to be more paternalistic in nature and a little bit more instructional in nature. I would advise that mentors set expectations about boundaries, encouraging the protégé to ask questions if in doubt. After all, mentoring is an emotionally charged, interactive relationship and can only work well if the protégé is able to clear up their doubts during the mentoring process. If the protégé is in too much awe of the mentor this relationship may not have the desired results. I know of a case of a protégé who was paired with his boss’ boss. How will that work in a high power distance society?

What would you advise HR personnel?

When pairing mentors and proteges HR personnel may need to take into consideration demographic profiling. They would also be advised to hold developmental workshops for mentors on unconscious bias and stereotypes, and how to overcome this. Furthermore, in cases of reverse mentoring, where a young, tech savvy employee mentors a more senior colleague, the HR would need to gauge if the senior employee is comfortable with this arrangement or not.

How do you think mentoring could help workplaces in India to close the inequality gap, if done correctly?

In many companies it is those employees that exhibit greater potential that are put on the mentoring track. If this selection is based on star performance only, and not other surface level variables such as gender, caste and religion, then it can be a great window of opportunity for growth. 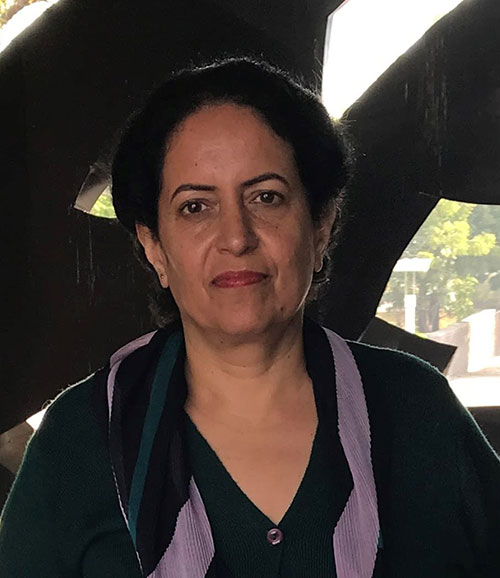 Dr Kumar is also the author of several books on mentoring and gender equity, including Gender Equity in the Boardroom: The Case of India; Mentorship-Driven Talent Management: The Asian Experience and Exploring Dynamic Mentoring Models in India

An open letter to the leaders of HBCUs: How to sustain and support a successful future

Decolonising the business curriculum in the era of Black Lives Matter

Racial inequalities in the accounting profession

"There are no easy fixes, and the journey will be long and hard, but it is a necessity if we wish to exist equally together" Author: Dr Anton Lewis,…

Author: Organisational expert Karen Jaw-Madson is principal of Co.-Design of Work Experience and author of the Emerald title Culture Your Culture:…

America cannot be great when Black lives do not matter

Images of violent police clashes with protestors from Los Angeles to Atlanta, and Minneapolis in between, can easily be mistaken as riots in any…